A penchant for new ideas and new flavors

“I thought this could be the time and place to make a change,” recalls Sage, who had deep roots at Bridgeport but was dissatisfied with the new ownership. “We take it for granted now that craft brewing has a big influence on the hop industry but at the time (2010), it had very little. Indie Hops, though small, looked like it would be a trailblazer in re-orienting the breeding, growing and processing of hops to be in line with the needs of craft brewers—an interesting new line of work for a craft brewer like me.”

Sage got his start in craft brewing when it was still in its infancy. “I was working at a winery in Washington state, and had worked briefly for Ponzi Vineyards when I heard that Dick Ponzi was starting Columbia River Brewing Co. I was able to become its second employee. Our first beer was called Bridgeport Ale which of course, later became the name of the company. At that time (1984), people thought you were sadly naive to think that a brewery that didn’t take up five city blocks could be viable. But it sounded like a cool idea and I was young, without commitments or expenses, so could take a chance on new idea that might not survive six months.”

Turns out, Sage took a chance on an idea that had legs, and he spent half of his professional brewing career at Bridgeport Brewing—a brewery that helped define and shape the early days of the craft industry. He also brewed for Rock Bottom and Widmer—both also considered pioneers in craft brewing.

“I like to drink beer with a mix of bright flavors; light to medium body from dry toasty maltiness; and enough hop bitterness or fermentation derived tartness to provide firmness and a crisp finish. There are beers in many different styles that have these qualities.” Of his time as a brewer, Sage says what he enjoyed most was “participating in the latest chapter of one of the oldest crafts in human history while at the same time, creating something that didn’t exist before—this particular batch of beer!”

Sage made the switch from brewing to working at Indie Hops in 2010 and likes the balance of “splitting time between working with brewers, growers, and the development of new varieties. Also, I like working for a small company that can thrive as a niche player without having to appeal to the lowest common denominator—perhaps the same thing that made craft brewing appealing to me.” 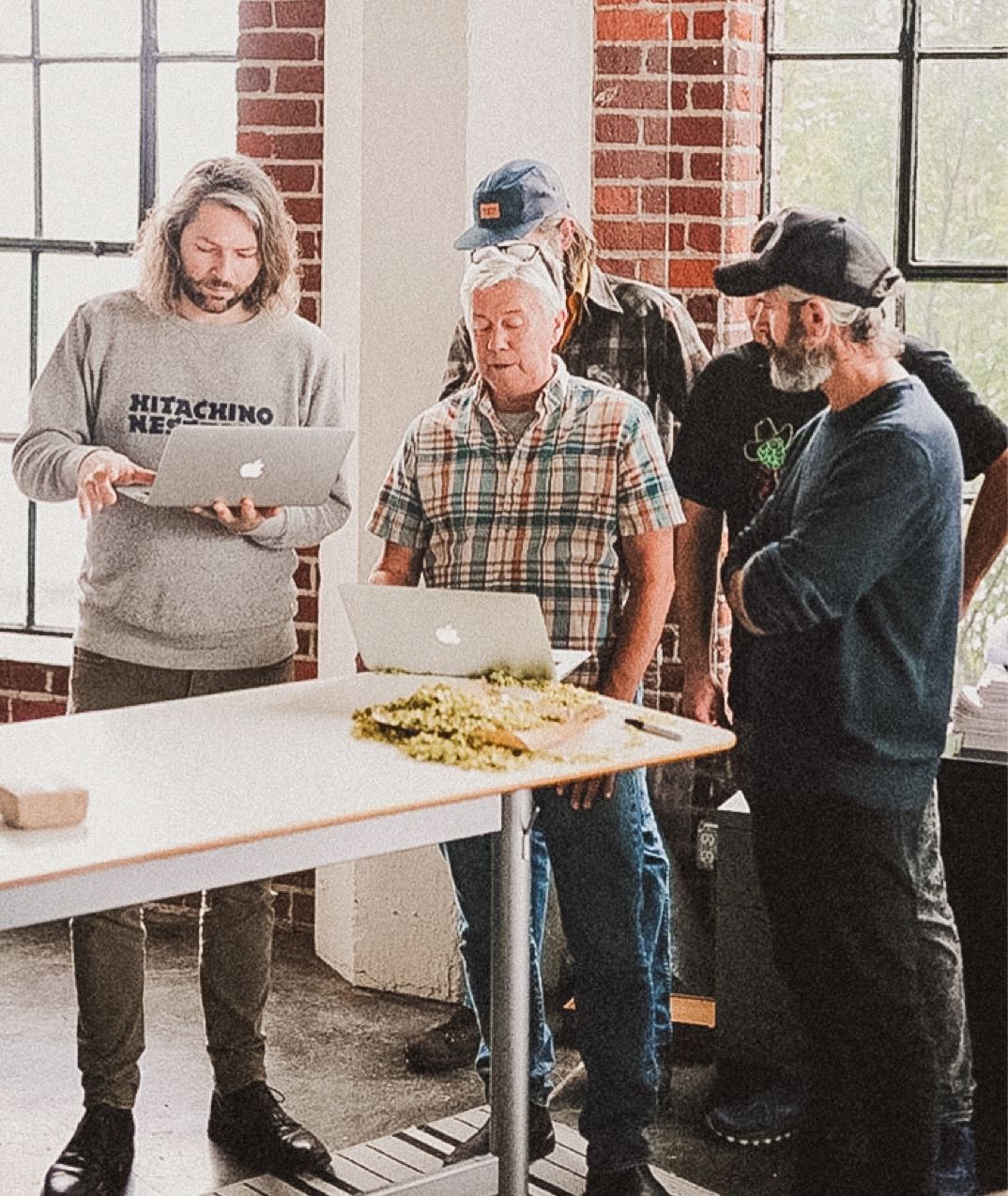 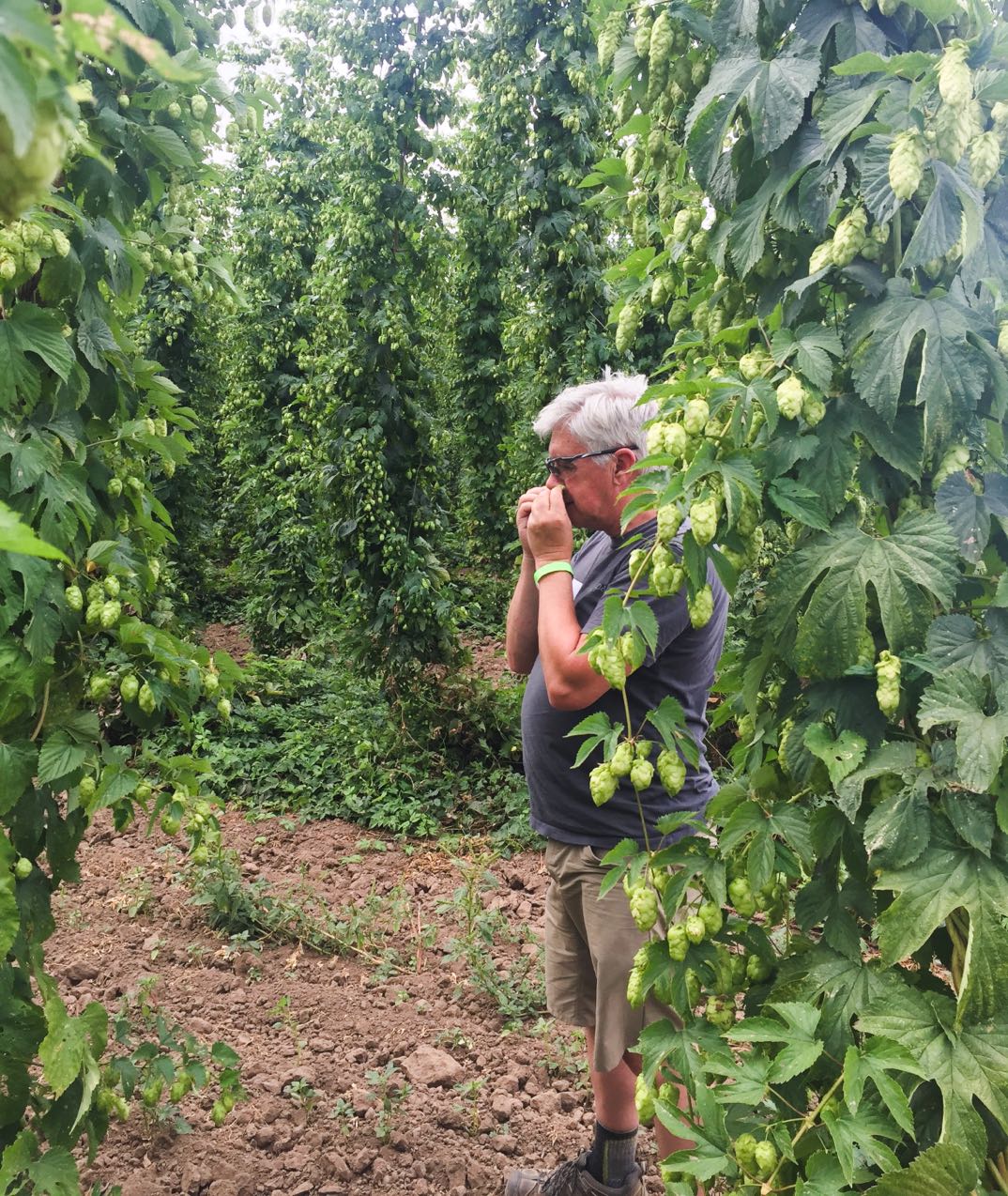 “We take it for granted now that craft brewing has a big influence on the hop industry but at the time (2010), it had very little.”

“Craft beer has had several major shifts since I started brewing in the 80’s. At first, we were inspired by European beers and tried to imitate their characteristics. Unfortunately, the only ingredients that were readily available and affordable to us were malt and hops that had been developed and perfected for making the very beer we were trying to be different from, mass-produced American light lager. So we made ales instead of lagers and left out the “lighteners”—corn, rice (and more water!).”

“Mid 1990’s – mid 2010’s: Craft beers started appearing that were, at the time, shockingly strong and bitter; that is, they were brewed on the “more” principal—more malt, more hops, more everything. It was the time of making a statement and showing an attitude that went well beyond replicating the major traditional style beer styles.”

“Mid 2000’s – present: several craft beers became national brands with breweries riding their flagships to distant markets. Belgian, sours, barrel and foeder aged beers provided variety. Craft brewers were able to demand custom malt blends that better fit the beers they were brewing; and on the hop side, craft alone came to the rescue of some varieties that the large older breweries had only lukewarm interest in, such as Centennial. The first truly craft oriented hop varieties showed up: Amarillo and Citra followed by many more. New public variety development had all but halted when In-Bev bought A-B and ended much of the funding for public varieties (just when craft could really have used them). Instead, private hop breeders filled the developing craft customer demand for beers brewed with unique new varieties having bold personalities.”

“2010’s: Parts of the country that did not have craft breweries began to catch up, and there was something of a return to “the beer from here” theory of craft beer—leading to a great increase in the number of breweries, most them small. With few exceptions, breweries could no longer depend on a popular flagship beer to carry them for years but had to continually answer the question “What have you got that’s new?”. This has made it very difficult for brewers to estimate their future hop needs and for growers and suppliers to plan accordingly.”

“One thing both brewers and hop suppliers would like to see from each other is more predictability… good luck with that! Both businesses will need to adapt to survive, and I don’t think anyone knows what the next crop of young adults will be drinking five years from now.”

With nearly four decades of experience working in the craft industry, Sage brings a wealth of knowledge to the equation. He also brings innovation and personality—two traits he feels define the heart and soul of the craft beer movement. We’re fortunate to have Matt Sage, our seasoned “Brewery Ambassador” on the Indie Hops team! 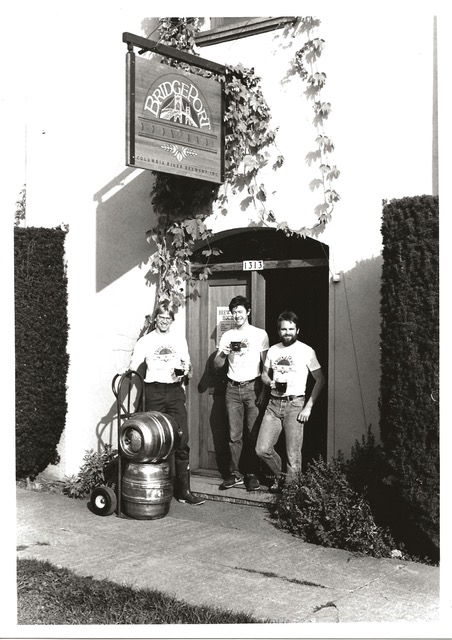 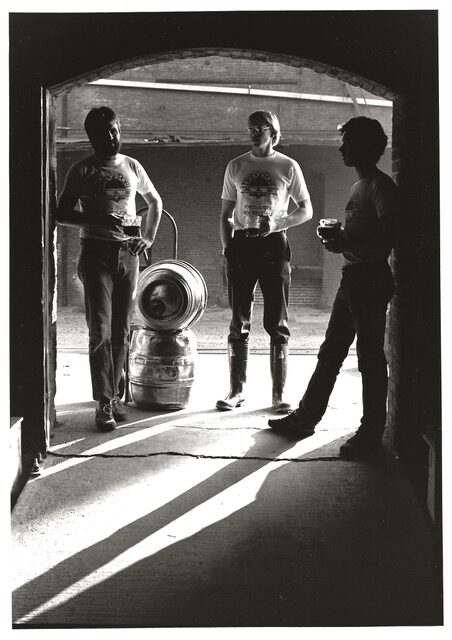