Named after one of San Diego’s top surf spots, Swami’s has a long history of inspiring some of the craft industry’s top brewers. Great read on this here. The recipe has evolved over the years, and includes hop classics like Cascade, Chinook and Centennial. In 2013, Farrell updated the classic recipe to account for the changing tastes of beer lovers.

“Because there was no rich caramel flavor to balance the hop bitterness, bittering levels were brought down to balance the beer. We knew we had to keep the classic Cascade and Centennial in there, but decided to add some newer, ‘brighter’ hops, Citra and Simcoe. Both Citra and Simcoe have citrus and pine elements, but also bring in some tropical, brighter, and [more] modern elements. There is also little bit of Chinook [and CTZ] in the current beer.”

Farrell has been brewing since 2005. “I was introduced to brewing while an undergrad at UC Davis, through Dr. Bamforth’s class, Intro to Beer and Brewing.” He’s been with Pizza Port for ten years. “I think what differentiates Pizza Port is that for over thirty years it’s been a beacon for quality beer in SoCal.”

Founded by siblings Gina and Vince Marsaglia, Pizza Port is quintessentially SoCal. It all started in the sleepy surf town of Solana Beach in 1987 when the pair bought a struggling pizza shop. In addition to pumping out pizzas, Vince tried his hand at home brewing in the extra storage space at the back of the shop. Friends enjoyed his brews, and in 1992 they added Vince’s beer lineup to the menu. Pizza Port is widely acknowledged as a craft brewing legend and now has five locations and canning distribution throughout San Diego county. Over the years, the brewery has brought home more than 91 awards and medals from the Great American Beer Festival. 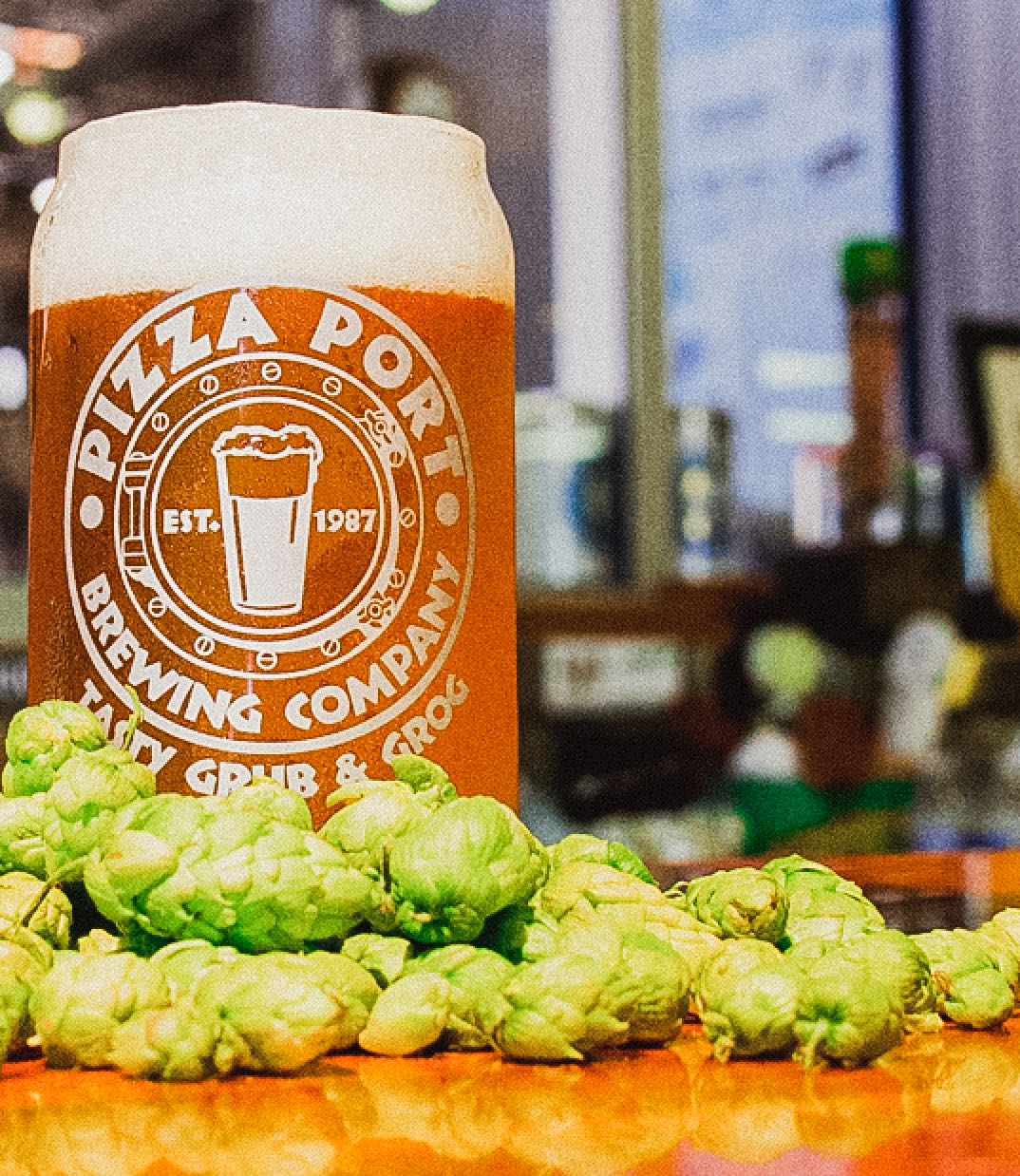 “The hops are always pungent, smell fresh, look great and are easy to use. Indie Hops’ varieties always smell like they should, the Cascades are super ‘Cascadey,’ the Crystal is super ‘Crystally.’”

“The heart and soul of the craft beer movement boils down to respect for beer. Respect for the ingredients, for the process and craftsmanship, and for the very old traditions and culture surrounding it. The beer industry is lucky to have suppliers like Indie Hops helping to keep that beer culture moving forward,” states Farrell.

“The reason we love using Indie Hops comes down to their high quality. The hops are always pungent, smell fresh, look great and are easy to use. Indie Hops’ varieties always smell like they should, the Cascades are super ‘Cascadey,’ the Crystal is super ‘Crystally.’”

A fun tradition Pizza Port started with Burgeon Beer is their annual Nug-O-War, a wet-hop clear vs. hazy collaboration to showcase the difference between the two styles. Last year, the collab utilized Indie Hops’ fresh Strata—with Pizza Port brewing up their west-coast magic, and Burgeon bringing some extra-juicy hazy action.

The venture that was started by a brother and sister in their twenties is still going strong and continues to delight beer drinkers with timeless classics that reflect the relaxed, old-school California vibes of their roots.