“Santiam has definitive new world notes while still representing some old world as well, which works very well in pilsners. We perceive soft floral and fruity aromas with hints of earthy spice. We also really like how Santiam has a parentage in historical noble hops, but is grown in the United States. It is the featured hop in our Pulaski Pilsner and really makes that beer what it is,” states Cieslak.

Like so many professional brewers, Cieslak started as a home brewer. “What was initially a hobby spiraled into opening a brewery in 2014.” Named in honor of one of the few historic towns that survived the Great Chicago Fire, Cieslak says Maplewood “has the unique ability to produce contemporary styles successfully, while simultaneously showing respect for the classics. We push the boundaries and are constantly developing new techniques for more modern brews, but also have thriving lager and foeder programs that are premised on centuries-old practices. We don’t shy away from brewing any sort of beers, and are able to be over the top where necessary, while also showing restraint for beers that demand it.”

Nestled in Chicago’s historic Logan Square neighborhood, Maplewood is the first of its kind— offering both expertly crafted beer and spirits under one roof. “When we started, we almost considered only distilling, but it obviously takes some time before you can get your product on the market. But we love beer, and we ended up doing that, too. It worked out great because now we can do a lot of things with it,” states Ari Megalis, Co-Founder and Head Distiller. Perusing their menu is a fun drink adventure that makes us want to sit back, slow down and catch up with friends over a Maplewood Handshake—their Underberg (a German digistif) and Pils that can take up to ten minutes to pour. 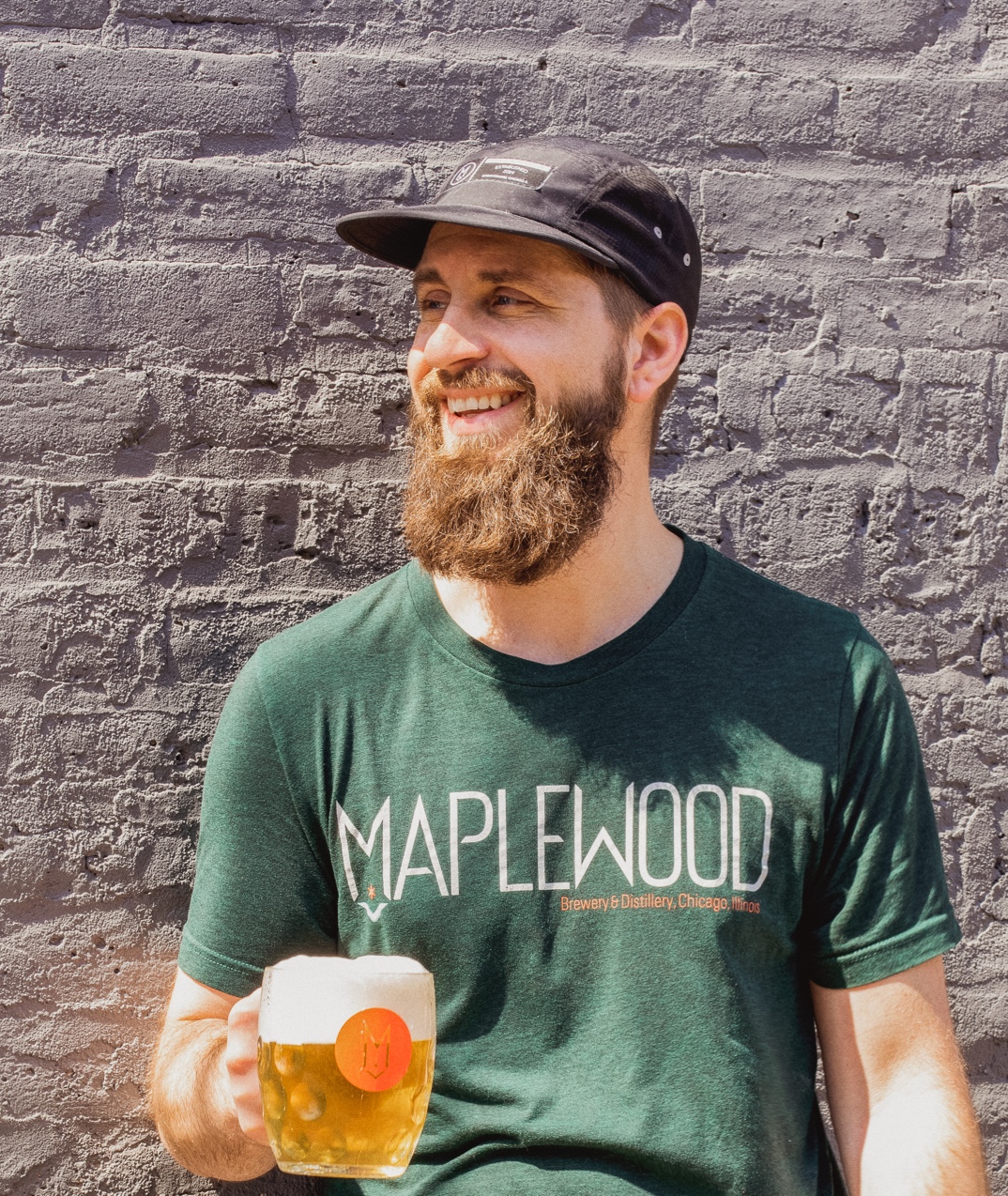 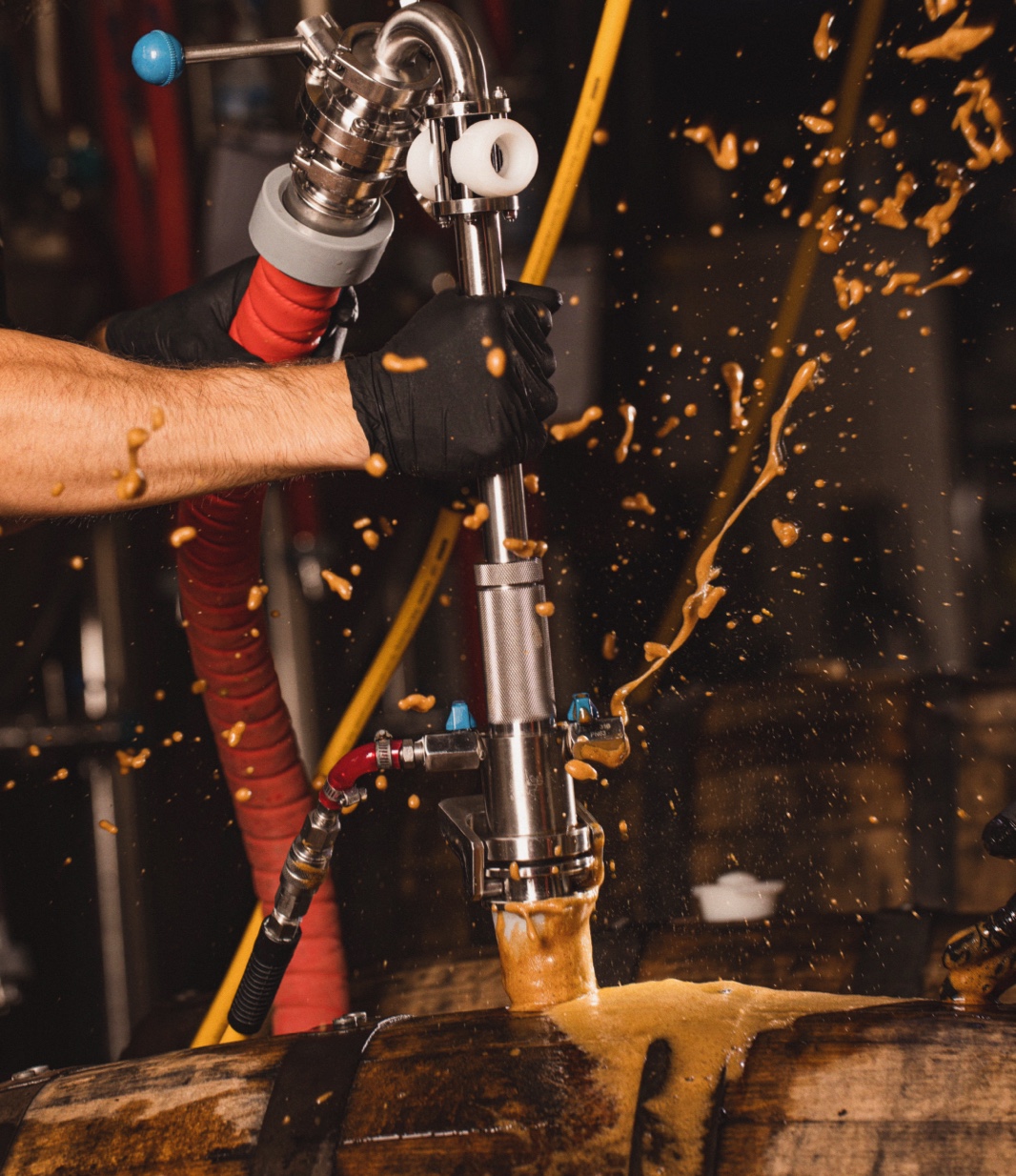 “Santiam rules, plain and simple. We’re pumped that Indie Hops is growing it and provides the best quality Santiam we’ve ever used.”

Cieslak’s preferred beer style is a Czech Pils or West Coast IPA, and he “loves brewing IPA or hoppy beer in general. Nothing beats the smell of adding hops to boiling wort or developing explosive aromatics through fine-tuned dry hop additions.”

He’s also proud of the “more modern stouts our team has brewed in the past couple years. With so much going on in those beers, getting the flavors and aromas just right takes a ton of effort and interesting techniques that we’ve developed. At the same time, I’m super proud of the effort that goes into our traditional styles – for example tailoring every lager water profile to hit certain regional profiles. I guess you could say I’m just proud of our brewery in general.”

When asked about the heart and soul of the craft beer movement, Cieslak has one word: “Creativity. From a brewery side of things, we have a huge creative outlet all the way through recipe development, production, design, sales, and marketing. From a consumer side of things, I think that craft beer allows folks to creatively explore their own tastes and find beers and styles that uniquely speak to them.”

When it comes to liquid refreshment, these guys pretty much have it dialed.