Guided by the grit and determination of previous generations, Coleman Agriculture has expanded across much of the Willamette Valley. Over the past 170 years, the crops and farming methods have changed, but the innovative spirit and work ethic of their ancestors remain deeply ingrained in the farming business. By producing the highest quality products in a responsible and sustainable manner, they remain true to their heritage. Cultivating over a vast 8,000 acres of farmland, Coleman Agriculture takes pride in growing high-quality hops, hazelnuts, seed crops and vegetables.

When we first approached the Coleman family about growing hops for us in 2009, the hop outlook was bleak for Oregon growers. 75% of Oregon’s hop crop was in one variety—Willamette—and 99% of that was going to Anheuser-Busch. “Anheuser-Busch was bought by InBev. And when that happened, all of the old contracts that we had with them basically went to zero,” recalls John Coleman, Director of Perennial Crops and Co-Owner of Coleman Agriculture.

Our timing was good and our enthusiasm around the potential of growing hops for the craft market held a hopeful ring. “We were down to a hundred acres of hops,” states Coleman. “Jim and Roger were some of the first ones to come to our farm and ask if we would be interested in diversifying our hop varieties. They were trying to get that craft market interested, and they thought that they could do something with the way that they were going to go about selling them.”

“And so it was very interesting to be part of that at the very ground floor. And they were very generous in what they would offer. So it was different. It was a different model than what we were used to. They were offering money up front to help put in the trellis, to put in the fields to help carry that risk for the first few years until they could actually sell the hops. So I’d say from that point and just their ability to see their dreams and see us as being a partner of that, it helped propel us into a very good spot with where we are today.” 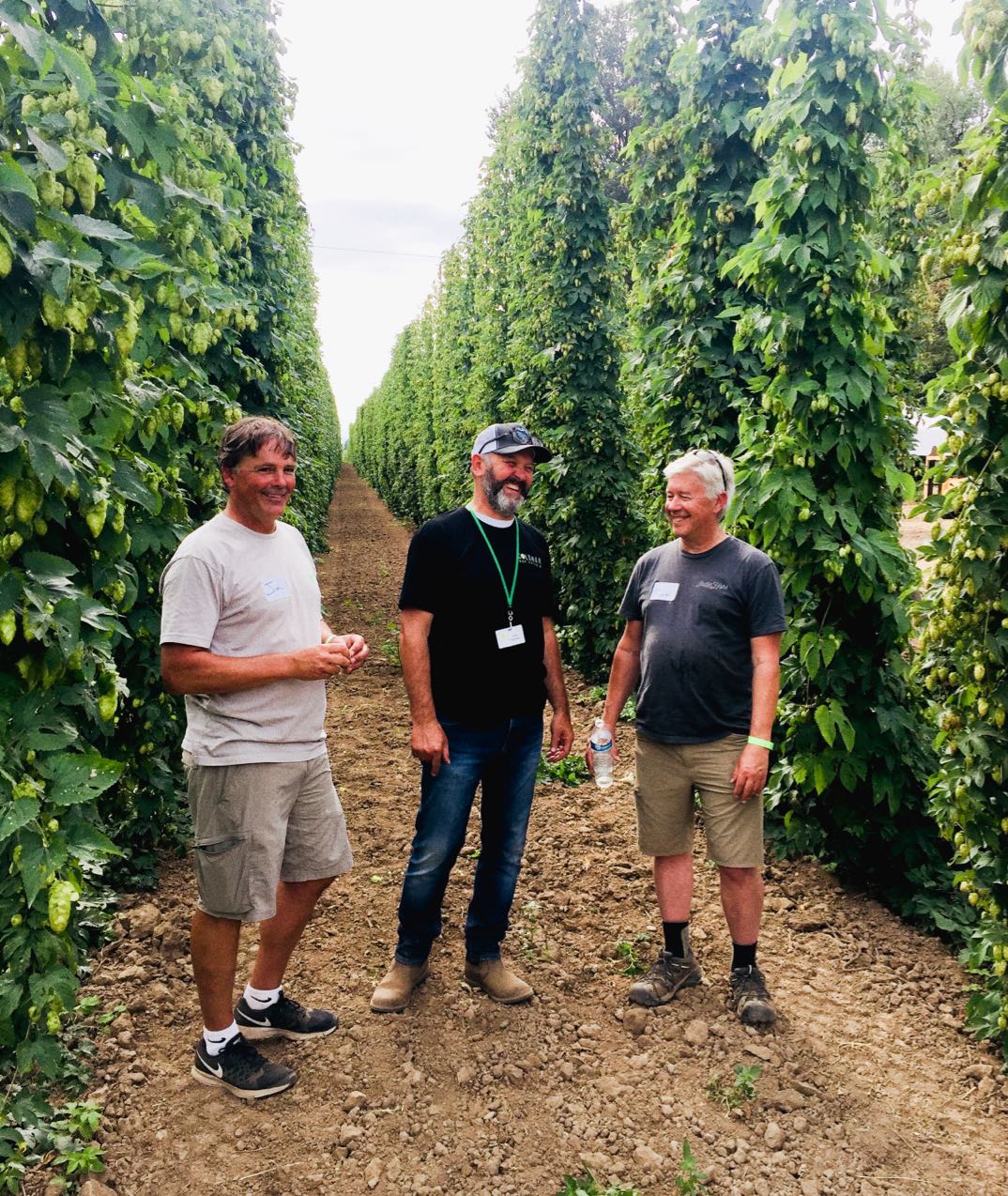 “I think people like Jim and Roger have been very instrumental in helping establish that true value for what we're doing.”

Thankfully, the craft market grew even more explosively than we had hoped. Our relationship grew as well, and we continued to join forces in new ways. The Colemans have been key partners in our hop development efforts by caring for one of our farm-based Advanced Nurseries—an important stage that brings us closer to deciding which new varieties are commercially viable. Working so closely with an experienced grower has given us an understanding of what makes a hop variety perform consistently on the farm year after year.

More than a dozen years later, we continue to expand acreage with the Colemans. And we’re thankful for their willingness to take a chance on the craft industry together with us. It is clear that they put action behind their motto, “Farming with a commitment to growing forward.” It’s been a joy to watch the continued focus the Colemans place on facilities improvement, like major upgrades to their kilns and cooling rooms, plus an ongoing effort to learn more about infield care of each variety they are growing. In addition, when we encouraged them to look into Salmon-Safe certification, they made the effort to certify all their farms under the Salmon-Safe program.

In late 2018, Coleman Agriculture and Oregon State University embarked on a first-of-its-kind hop terroir study. The study aims to advance hop terroir knowledge by gathering data on soil, climate and hop chemistry in three Willamette Valley microregions, as well as conducting sensory and brewing analyses. One of the goals of this study is to elevate the way hop growers achieve unique, high-quality yields while benefiting brewers in creating their best beers. We believe that the terroir study will lead to even better hop quality and consistency.

The Colemans have been incredible farm partners, and we look forward to seeing our hop varieties thrive under the capable care of this tenacious family of growers!