An ode to jazz legend Charles Mingus, “at Upright, the recipes and processes are decidedly unbound, yielding brews that share Mingus’ spirit of exercising creativity & craft.” It was founded in 2009 during the early days of craft by Ganum, who’s become somewhat of a legend himself among craft beer enthusiasts and industry nerds.

“I started home brewing in 2002 after moving to Portland, and began my professional career in 2003 as an intern at Brewery Ommegang in New York. After returning to Portland, I worked for several years at BJ’s before opening Upright.”

Unlike many breweries who see expansion as a goal to strive for, Upright is happy to maintain their annual output and have no plans to grow larger. “The brewery was envisioned as a hands-on producer—which means the mash tun is sized to be mixed with a simple paddle, the open fermenters are cleaned by hand with nothing but a brush, and the bottling line is completely manual, to name a few examples. We feel that a hands-on approach is fitting for a brewery focused on historically styled beers, and also enjoy working that way.”

“We take some pride in staying true to ourselves and enjoy following whims over following market trends, so that typically means we produce beers that are stubbornly traditional or genuinely quirky. At the end of the day, we don’t focus on what we do within the context of the market, but more so as an individual expression, and I think that is a significant differentiator between us and most breweries.”

For Ganum, “brewing is a wonderful mix of working with your hands, using your senses, and being both creative and a problem solver. There’s a little bit of everything in there, especially in a small production environment where nearly every task is shared.” 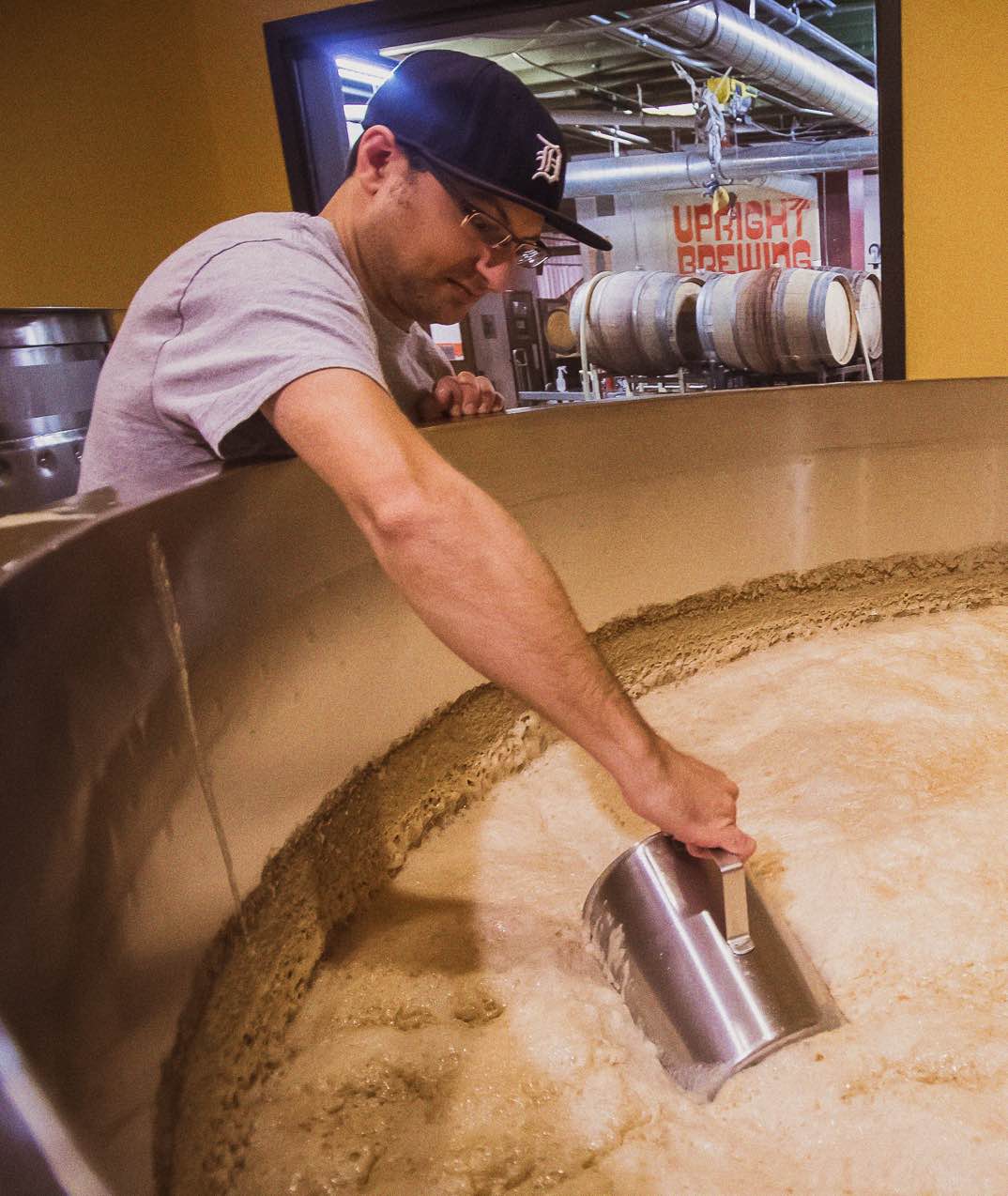 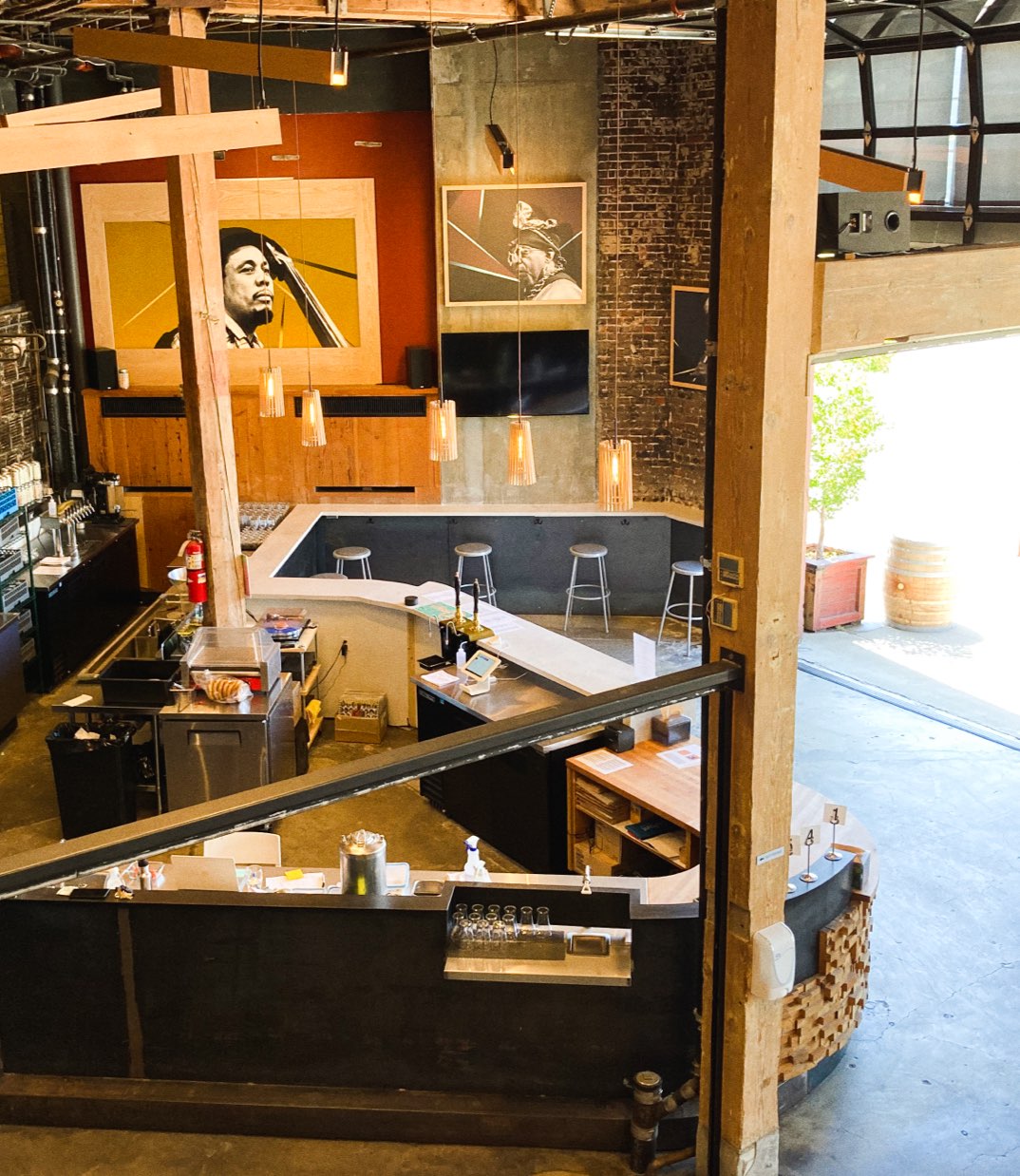 “I’ve really valued my relationship with Indie Hops. We’re working on a new year round Pils centered around their new hop Lórien, and hope that the craft market continues to value delicate varieties like that and Tettnanger in the future.”

Staying true to unconventional ways is Upright’s location, which until recently has been housed in the basement of the Leftbank building—located within a stone’s throw of the Moda Center, home to the Portland Trial Blazers. Given Upright’s penchant for tradition, it’s pretty cool that the brewery ended up as a tenant in one of Portland’s most iconic historic buildings which was built by Portland architect A.E. Doyle in 1923.

The Leftbank Building website claims its tenants are “people uncommonly dedicated to what they do. They are folks who love hard work, and believe that the power of visibility and strength of community is taking each of us further than we could go alone.”

When asked to define the heart and soul of the craft beer movement, Ganum states, “I think that balance of working to actually produce something and expressing yourself is at the core of craft beer, and hopefully inspires folks to follow their passions and appreciate concrete, tangible things.”

True to form, we think Ganum is certainly inspiring others. And he produces many interesting brews to draw inspiration from. Ganum’s personal favorite beers to drink are “cask conditioned bitters, Bavarian-style weisse, and straightforward hoppy beers.” Upright’s Supercool IPA has a cult following. He’s particularly proud of Upright’s “farmhouse style beers like the Flora Rustica and Special Herbs—both use interesting botanicals and have elements reminiscent of some herbal spirits, like amaro and gin.”

Fans of Upright beers were treated to a new upstairs tasting room that opened June 2021. Whether a cellar dweller or lover of the light of day, world class beers are there to be enjoyed.