With a commitment to quality and innovation, Moksa seeks to create new flavors without constraint

“The Crystal we selected displayed gentle aromas of spice, fruit and earthiness. Immediately we thought it would be perfect in an American lager. Turns out we were right! Using our hand selected Crystal, we created a beer called Live, Laugh, Lager. This American pilsner is 5.0% and is a perfect style to showcase what Crystal has to offer. It has grown to be our most popular lager we have ever made.”

Gallanosa enjoys West Coast IPAs, Pale Lagers, and Non-Fruited Lambics. “Dry, crisp, and flavorful beers are what I tend to drink in large quantities. But of course I’m willing to try all styles to inspire me to create new products. The craft beer industry is an endless adventure.”

For Gallanosa, the adventure began in 2007 after witnessing his friend’s dad brew a beer in his backyard. “I was immediately mind-blown and started my home brewing adventures shortly after. Within a couple years, I knew this is what I wanted to pursue as a career. In 2010, I was hired at Karl Strauss Brewing Company where I learned how to transition from a home brewer to pro brewer.”

Gallanosa ended up at Moksa Brewing Co and wears many hats including Head Brewer, Sales Manager, Social Media Manager and Outside Events Manager. “It’s fun that I get to utilize my marketing background to develop the promotions for each product we create.” 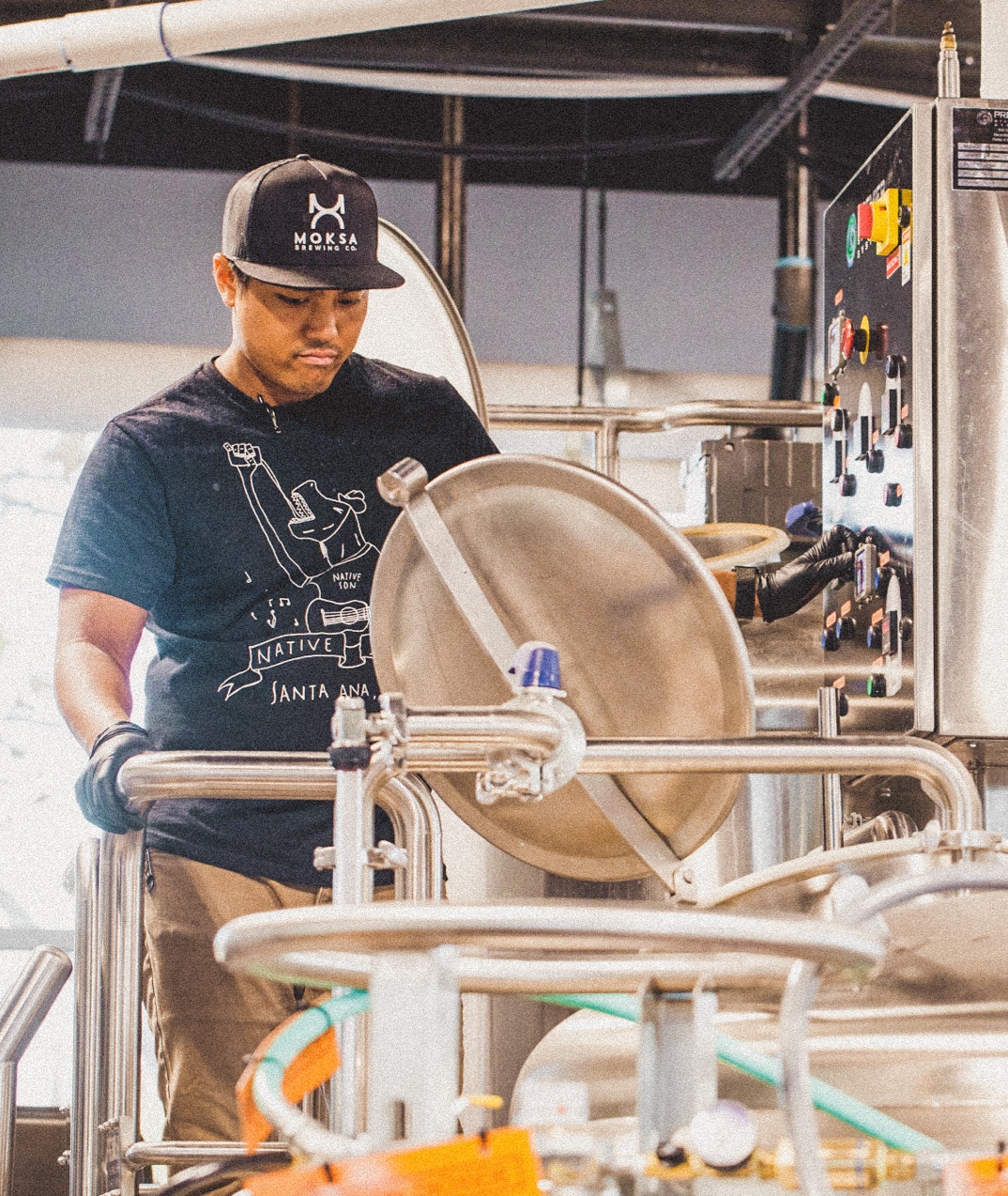 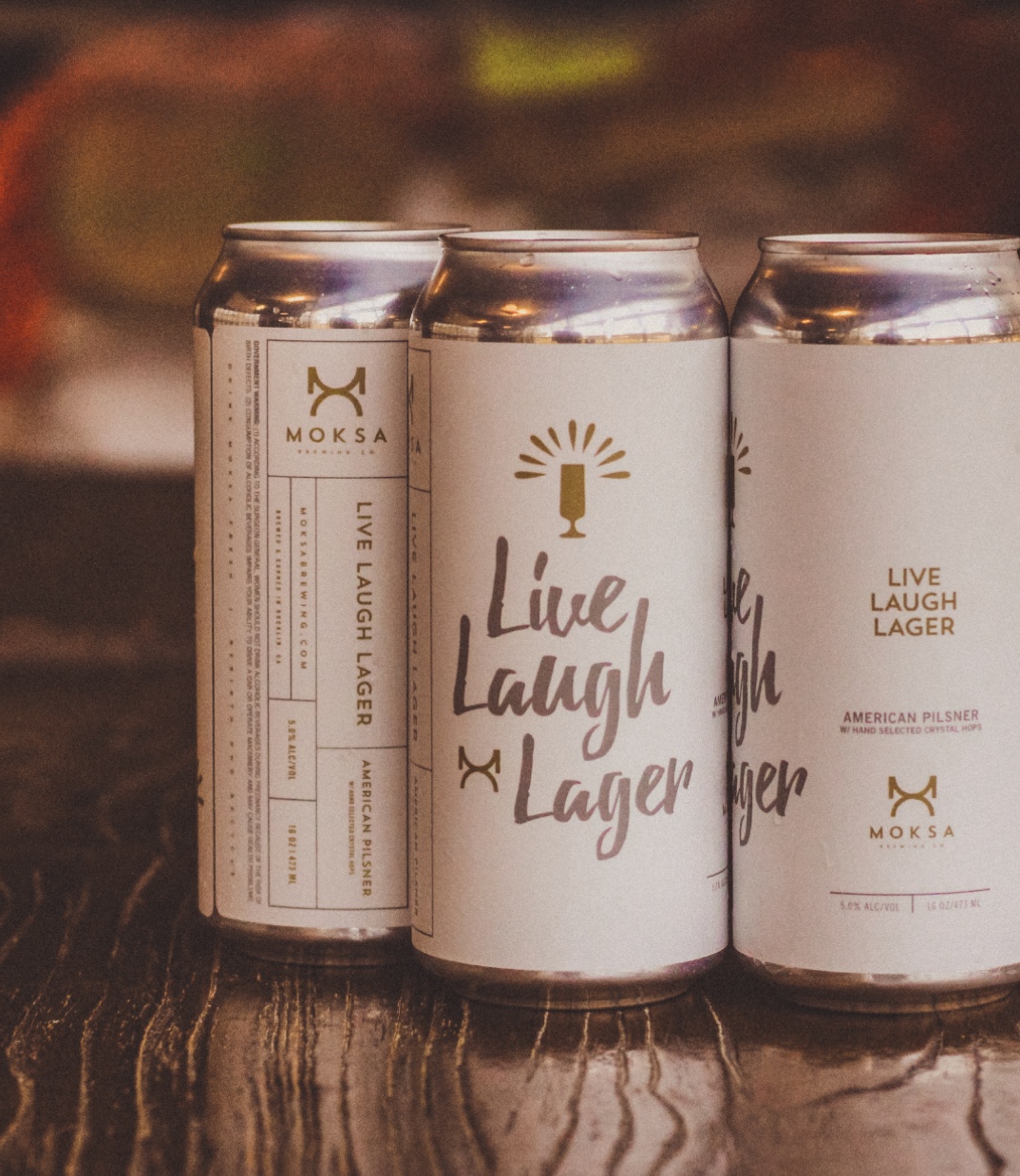 “Indie Hops has been a delight to work with. The staff is professional and hops are world class. We are looking forward to building our relationship with them…”

Established in 2017, Moksa is a Hindu term that refers to various forms of emancipation, liberation, and release. Their website, which features clean lines and encourages a visit to their 3000 square foot taproom, states that from “concept to execution, Moksa is continually striving to create an art within beer that separates itself from the constraints of classic beer styles and traditional brewery philosophies.”

“I feel the heart and soul of the craft beer movement is the taproom experience. All across the world, beer fanatics can drink at the source and be educated by the staff about what they are consuming. Each brewery has a beer list unique to them and a fun story that has led to where they are.”

“At Moksa, we do not brew core beers but rather core styles,” explains Gallanosa, “and within those styles, we get to experiment with new grains, hops, natural foods, etc. We don’t cut corners or use pre-made foods in our beers. Everything is done at the highest quality, and I think that’s why we have the demand that we do.”

Gallanosa says that flavor is a priority. “We will spend the extra money on ingredients or extend the length of a brew just to make sure it’s developing all the flavors that we initially intended it to have.”

A case in point is Gallanosa’s favorite beer style to brew, which he says are also “the most challenging—Dessert Stouts. The brew days are long, the primary fermentation times are doubled, the post fermentation treatment could take weeks, but the feeling that I get when we hit the intended flavor profile is extremely rewarding.”

Most recently, Moksa partnered with craft brewing legends Sierra Nevada on a West Coast IPA they named Walking With Giants which utilized hand selected Strata from Indie Hops in whole leaf form. This was “a bucket list collaboration… a milestone to be considered industry peers by a leader like Sierra Nevada.”

“What I enjoy most about being a brewer is the creativity that is required to stand out in this competitive industry.” Gallanosa clearly also brings a hefty dose of dedication to the art of his craft. With that combination, we’re pretty sure he’ll continue to add transcendental brews to Moksa’s lineup.