A brewer’s perspective on Indie varieties

For us it is a great privilege to have been able to travel to Oregon and select with Indie Hops. As a brewery our focus is absolutely on aromatic hoppy beer, and we spend a lot of time and effort trying to secure the best hop supply possible. Working with Indie Hops over the last few years has been an absolute pleasure for lots of reasons with 2022 being the most exciting year in our relationship so far, as we actually got a chance to go and visit them in person. Since we started working with them three years ago via Loughran Brewing Stores we have always been extremely impressed with the quality of the hops. Their attitude of focusing on a handful of varieties and their approach towards new varieties means we have had some very exciting projects here at DEYA recently.

Bringing new hop varieties from the initial cross up to a full scale commercial crop takes a huge amount of work and time. The variety needs to be assessed for yield and viability, growth characteristics, robustness and physical characteristics,  screened for pest and disease resistance as well as, of course being assessed for consistency of aroma and flavour, to make sure it is going to give something that brewers want. It needs to work from the farmers perspective as well as the brewers perspective. It’s no use developing a fantastic smelling hop that is impractical to grow, harvest or process.

For us as a company, freshness is a word we use a lot. One of our aims is to get our beer into people’s hands as fresh as possible to give them the best experience. We extend this way of thinking into our raw materials too, for hops this means as above, getting hold of the best quality lots and then storing them cold to keep them in top condition. As a further extension on the theme of freshness we recently made three beers using hops supplied from Indie Hops where the hops ‘followed us home’ after selection. We made the selections on 19th September, the beers were brewed on 12th October and packaged on 01st November. A pretty quick turnaround! Read on for more into on the beers themselves.

One thing that makes working with Indie Hops interesting for us is the new hop varieties that they have coming through.

This three way collaboration is putting a spotlight on the varieties; Strata, Lorien, and especially excitingly, Luminosa. This is the first time that Luminosa is being used outside of the US, very cool indeed! 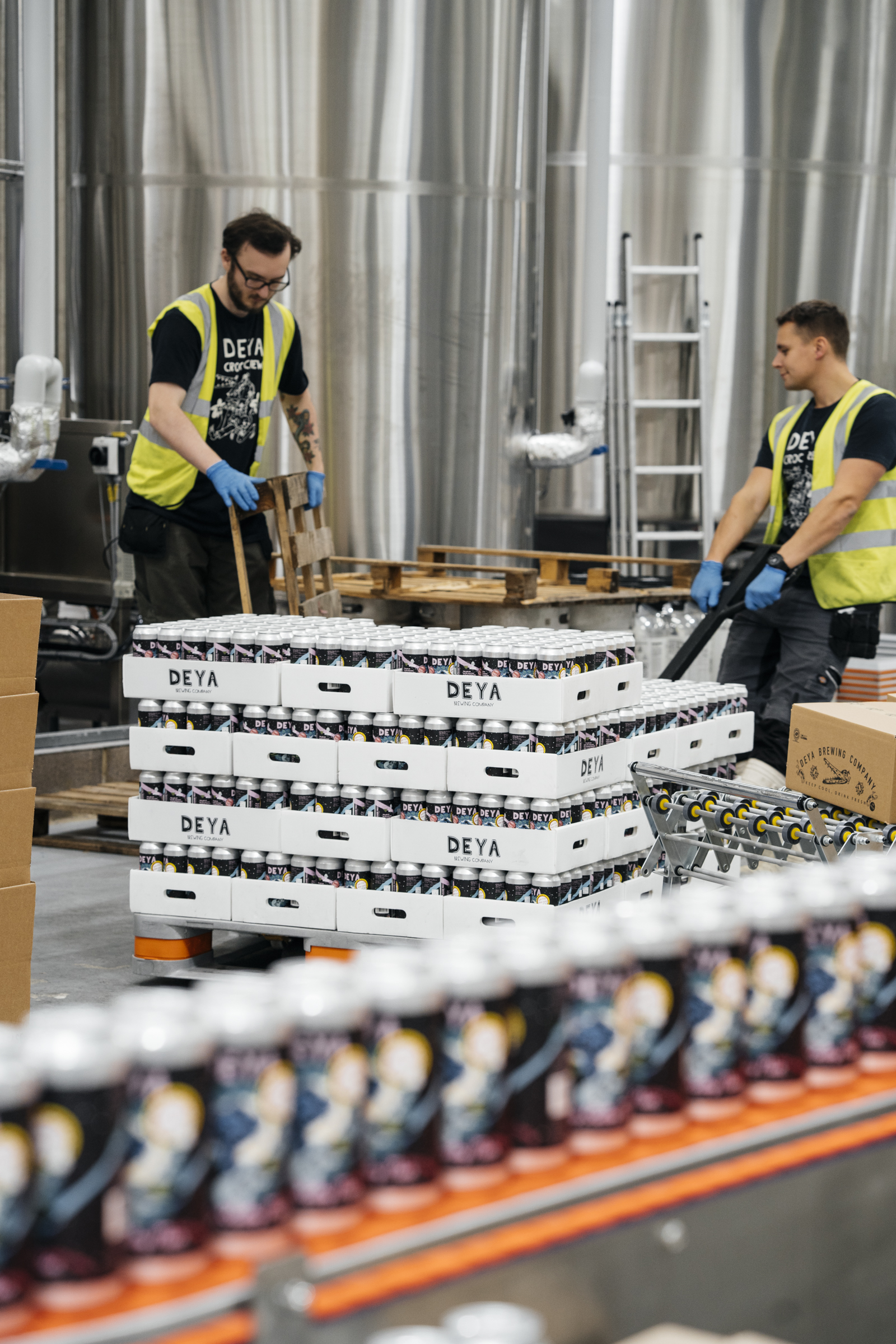 "For us as a company, freshness is a word we use a lot. One of our aims is to get our beer into people's hands as fresh as possible to give them the best experience. We extend this way of thinking into our raw materials too, for hops this means getting hold of the best quality lots." 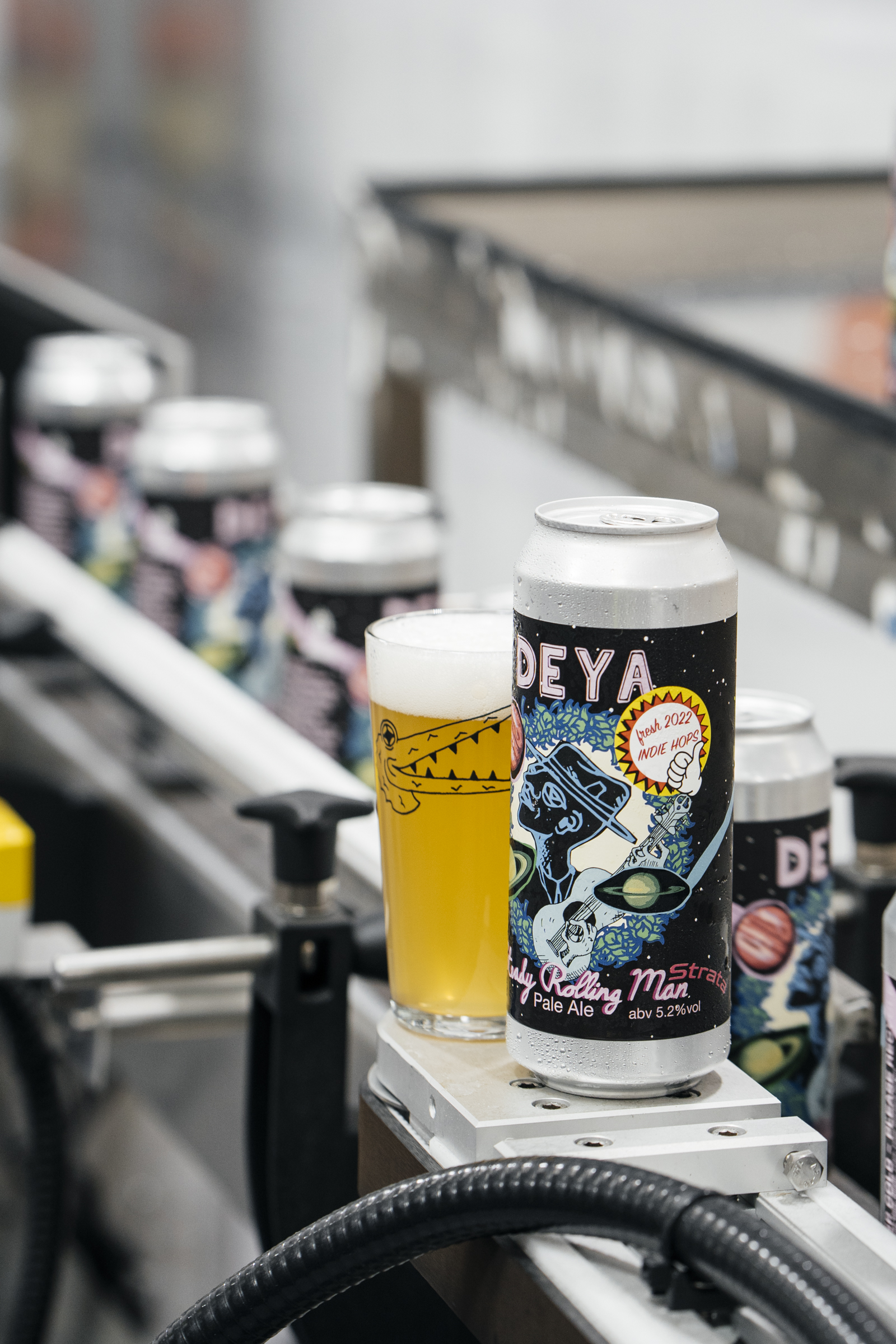 "This year's release is 100% Strata hops and has a huge amount of sweet orange and Starburst like candy aroma."

"I feel in the same way that Strata has become a dependable, go-to variety, Luminosa will quite quickly be picked up by other brewers as availability increases."

The first time we encountered Strata was during the 2019 when we were in the northwest US for hop selection. There were a lot of ‘fresh hop’ Strata beers around and they were certainly noteworthy. Lots of ripe orange and lemon with a perfect level of dank undertones to make the fruit aromas and flavours pop. We were really keen to work with it, and Loughran Brewing Stores hooked us up. Our first use of it was in a single hop double IPA, and it definitely had enough character to hold its own, on its own. We discussed a lot internally about how best we could make use of this variety, and we have found as well as being big enough on its own it also plays really well with lots of other varieties. This is very useful from the perspective of the brewers, intensity and versatility are two great attributes.

We however decided to show it off a little bit more and brewed a version of our flagship beer Steady Rolling Man using Strata hops. It was a great success and something we have brewed annually for the past three years. In fact this year’s release is 100% Strata hops. The beer has a huge amount of sweet orange and Starburst like candy aroma. It’s very interesting brewing with the hops so soon after selecting them. I’m sure it has made a difference to the aroma intensity.

LÓRIEN
The second new hop variety we got to work with is quite a contrast to Strata (in a good way). Jim, one of the founders of Indie Hops, reached out to us and told us about this new variety they had coming through that they were very excited about. They had been pitching it to US brewers as a great option for lower abv beers and lagers. We all know the US craft beer scene unapologetically features many higher ABV beers and Jim told us part of the reason he got in contact with us was because we are a UK brewery where the ABV is often more ‘sessionable’.

We discussed the idea of brewing a table beer with this hop and they thought it was a great idea. This was brewed during the pandemic period where certain parts of the UK hospitality industry were… more than a little bit under pressure. We were talking with Indie Hops and Loughran stores about how the prevalence of DIPAas and other strong beers seemed to be on the up. Nothing against those styles but we wanted to create something that people could chill out over, have a chat over, something to counter the loss of face to face conversation that lockdown necessitated. Hence Shadows of Conversation was born. It has become a firm staff favourite as well as a commonly sought out beer in our taproom. This is now a regularly brewed beer for us and the aroma and flavour characteristics of this variety are very interesting. It is certainly not as intense as many other US varieties but it has a pretty complex profile of lemon, nectarine and strawberry. At least that is how it presents to us. The bitterness contribution is also quite gentle which means we can be reasonably heavy handed and build up layers of hop flavour.

LUMINOSA
Is the latest hop variety to be brought through by Indie Hops. Again a pretty distinctive aroma and flavour profile somewhat sets it apart from other US varieties. It’s showing itself as sweet pear and peachy/apricot stone fruit as well as bright lemon. We decided to use the base recipe of our house IPA Into The Haze as the thick sweet body will be a perfect platform for Luminosa. I feel in the same way that Strata has become a dependable, go-to variety, Luminosa will quite quickly be picked up by other brewers as availability increases.